No, honestly, 'tis my money. I just didn't want to fill out the forms

Now I’m no good at measuring crowds, but I’d say there’s at least seventeen million cars waiting to be restored and worked on here so…! Today the digger arrived in and that signals the start of the expansion of Lyons Garages. Exciting times people. EXCITING TIMES.

The stretch in the evenings has now been upgraded to “Grand”, and the drying out is fierce so its the perfect time to get some concrete down and make the main garage a bit bigger. Below you’ll see the preliminary sketch of the new garage. 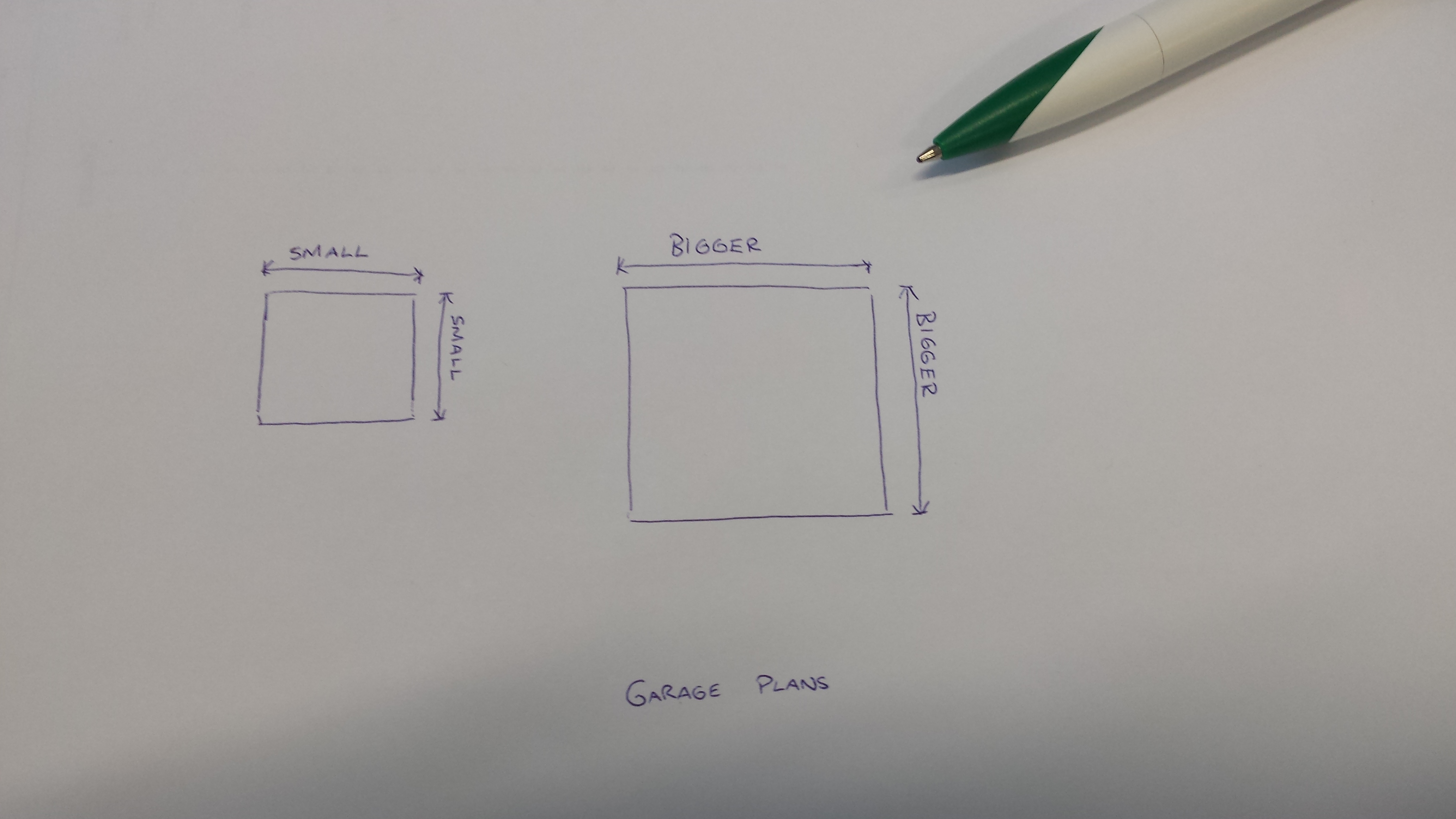 Admittedly it’s a work in progress, but sure everyone knows that us engineers only make it up as we go along anyways. Trade secret. Keep the head down and say nothing to no one about nothing.

In the garage things will be slow this week because of the construction work that’s going on, so it gives the cars a chance to get used to their new parts that we’ve put in. On the Lyons Garage facebook page we’ve thrown up the odd photo or two of the Minis that are being built, as is the tradition so have a look and ye’ll see. Brand new brake pipes polished to within an inch of their lives bolted onto gloss black, glistening subframes using ridiculously shiny stainless steel nuts and bolts that even a magpie would lose its mind over… Poetic I know. I’d like to see James Joyce describe something better.

So this weekend, guess where we were! At a car show. I know! I’m as shocked as you are. This was the Practical Classics Restoration Show in the NEC in Birmingham. Its pronounced Biming-hum, the “r” is silent. I’ve been practicing my accents for tv.

It was funny that one of the main attractions at the show was a Silverstone car auction consisting mainly of….wait for it… barn finds! A couple of Aston Martins, Porsches, Pagodas and a very good MGA 1600 project car which sold for £3,000. To say I was barely gutted would be like saying Man United fans won’t be too disappointed if Liverpool actually win the League. Understatement of the year. Please god, not Liverpool. Or City. Amen.

We'll have photos up on Facebook and a few more on Instagram soonly. Unfortunately the photo of Ed China (you know, of Wheeler Dealers fame… seriously, where have you been?) signing for us is a bit too blurred so I can’t throw it up……yet. He was delighted with his Lyons Garage tshirt by the way.

So we packed up a jeep and brought home a good few parts and new tools for the current builds and for the workshop. I’m far too easily distracted by shiny things. Fortunately, customs aren’t.

This is only a short update as I just ran inside to refill my glass and get some more sun tan lotion. You need to take advantage of it while you can sure… We’ll keep you updated on how things are looking both inside and out of the garage, but for now, I must go… I seem to have misplaced my Ray Bans.