Sure look it, isn't that it

My dearest friends, and even those of you who I don’t like but would probably still have tea with. Maybe. Welcome to another edition of “What have we been doing? Because I don’t know myself, and customers have been ringing asking me how their cars are getting on and I haven’t a notion!”

Got a new phone there, it’s a Huawei. Either pronounced Wah-weh or How-ah-yee. I think I prefer the second one, because it’s like saying ‘how are ye’. But not.

We must move on. I’m too easily distracted. But before we do: What five letter word becomes shorter when you add two letters to it?

Just to note: applications are now closed for our graduate programme, but we’ll re-open it post-Christmas. ‘Magine, here we are talking about Christmas and it’s not even Hallowe’en. Where did the days go at all at all? One minute it was a heatwave and the next thing you know the bins have blown over because of the wind. I even had to turn on the wipers recently – the absolute horror. 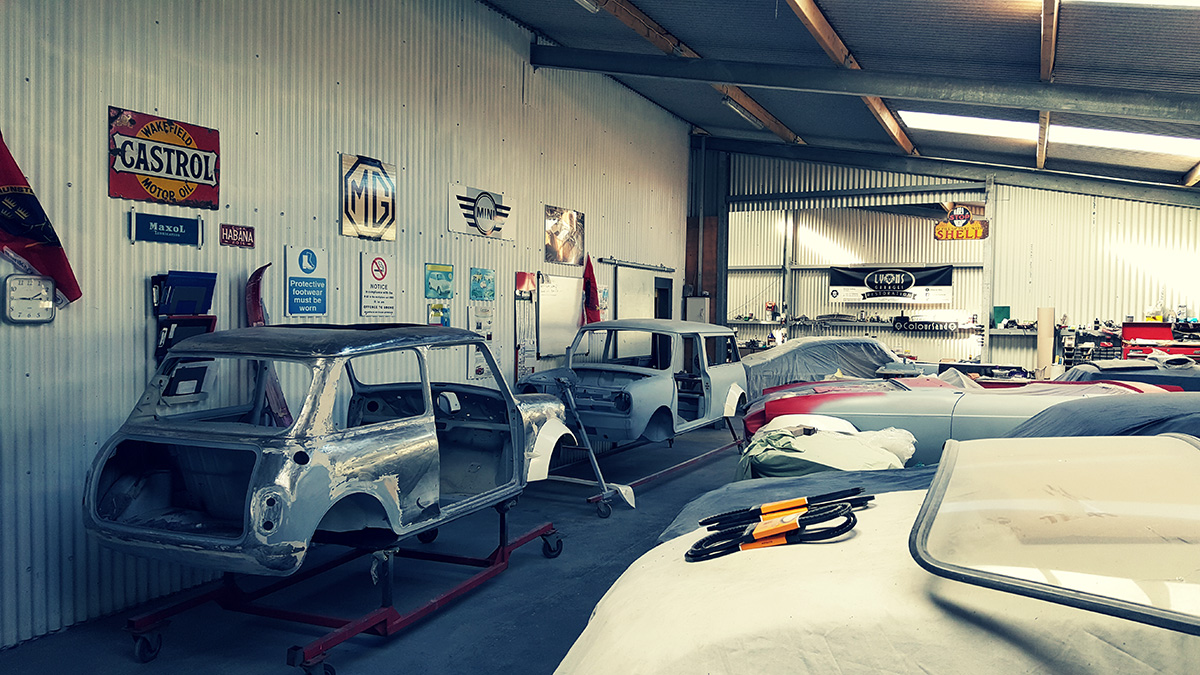 So, we’ve got a new toy – A Mk II MGA. That means Mark Two, so it’s not to be confused with people called Mark who are sons of fathers called Mark. Feel free to send any and all ideas you may have on how to make it beautiful and we’ll definitely give you credit for your idea. Definitely. Smiley face.

The Ford Capri is looking fierce mighty, with the engine dropped back into the metallic grey engine bay, I suppose you could say it’s motoring now. Motoring! Where did I pull that joke from? Gas… GAS!! Like petrol! Stop that, I’m hopping today.

Hang on a second there, I must walk around here… There’s a Mini being warmed up for primer, an MGB Roadster sitting up high ready for metal work, there’s another MGB Roadster awaiting some paint, then there’s a Clubman, a Celica, another MGA, a Jaguar, a Mini… you get the idea. “This isn’t my first rodeo” You, at your second rodeo.

Did you know that we wrote up some winter tips for you? Just you though so don’t share this information with anyone. It’s here for you: Clicky clicky

Isn’t it strange that it’s impossible to bob your head back and forth while keeping your mouth open? Weird huh?

Our little Fiat 500 has gone out to pasture in fields yonder. The tears have now dried so all the best and best of luck to the new owner.

Well that update was much shorter than I thought, this new kettle boils awfully quick. Sorry, I would’ve offered you a cup but sure then I’d have to clean it afterwards and that’s a lot of effort to be fair.