Well, well, well. Here we are – February 2020. I had started writing a “2019 year in review”, but to be honest that was too much like hard work so I just left it off for a while and now it seems like I’ve gotten away with it. Kinda like when your teacher forgets to ask for last night’s homework, the same homework that you completely ignored because the Angelus was on. And sure then it was Reeling in the Years…

“Jesus, if there was work on the bed he’d probably sleep on the floor”, says you.

Just to note that there’ll be absolutely zero “twenty-twenty vision” jokes, we’re above all those and have much better jokes.

Anyway, where was I? I’m not sure how to say this, but I’ll give it a go – ‘Worcestershire’.

I suppose we have much to discuss, it’s been a while. But first things first – tea. For me that is, I can’t be offering you tea as well, I’ve a business to run and overheads to think of. Freeloader.

Well, the MG A now has a fully rebuilt chassis, the metal work is finished on the body and it’s now ready for some epoxy primer. It’s been a long journey, but not as long as the journey it has to make to its new home in Singapore. Yeah, we’re internationally global now. Impressive eh?

“Do you think I talk about MGs too much when I write these updates?” I asked Cooper the cat. He was silent, like a B Series 1,798cc engine when it’s not running, but it said it all. 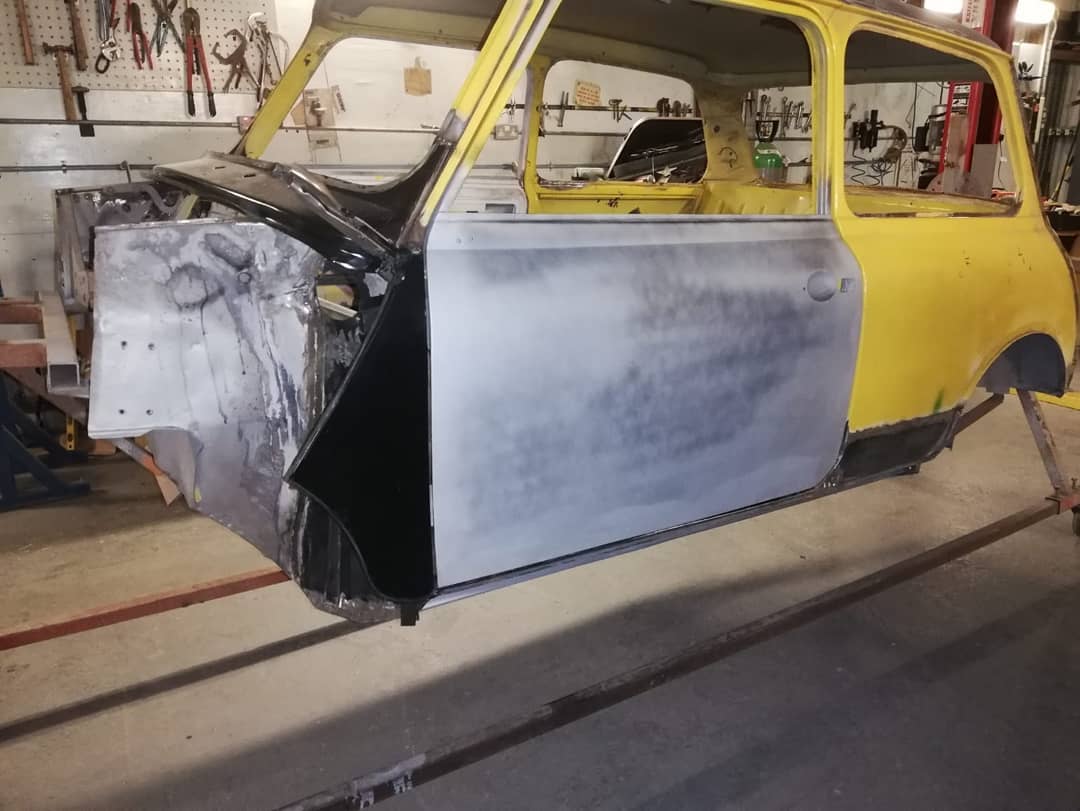 What else… oh yes, a biscuit would be nice. A Mini arrived into the workshop, a bit hole-y but we’ve waved a magic wand over it and suddenly all the rust has been cut out and replaced with shiny new panels. By “magic wand” and “suddenly” we mean Nigel has spent hours, and hours, and hours working on it to build a shell that’s ready for fitting a Honda Vtec engine into it. Should be nippy ’nuff.

Just strolling around here till I see what else the guys have been working on… Isn’t it amazing how out of touch with manual labour you become when you find a new series on Netflix? There’s a green Morris Minor… well it’s more of a frame than a car at the minute, but we’ve got the doors looking decent now TG.

The Corolla has a new rear quarter panel fitted to the right-hand side. Or the offside as we say in the bizz. Do you know why that is? No pal, I’m asking you because I haven’t a clue.

The black MG B Roadster is pretty much there. Or thereabouts. Suspensions in, engine and gearbox in… did you see the shine in the engine bay? I honestly don’t know if we can justify even taking it around our test track to make sure everything works… it’s too clean and shiny! Anyway, all that’s left is a slight interior upgrade with some wine leather, buff the body, put on the brightwork and throw on the wheels. So it should be done by Christmas. Charging by the hour is great… heh heh. 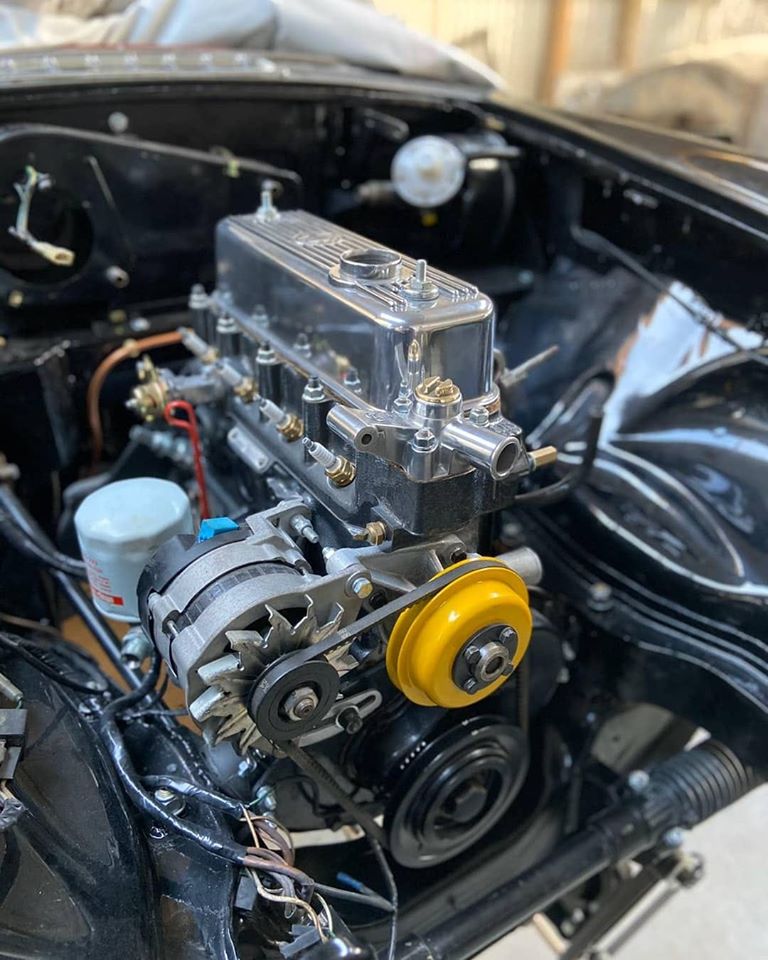 I feel like I’m forgetting something… We’ve had a VW camper in for metalwork… a lot of metal work! Oh the Pagoda! We've been working on a Mercedes, just a few bits n' things. Look at that, casually forgetting about one of the most expensive cars around like we’re loaded. You’d swear we won the lotto... or just don’t pay any tax.

Right, that’ll have to do Palaminos, you’ve been here way too long and it’s coming up to lunchtime.

The website had a little mini-makeover, so if you hop on to the various Builds pages under The Garage menu, you’ll see a whole host of photos of shiny cars. Even cars that we built. I joke, we built them all. Start here sure: MG Builds (you’ll find the others on the menu on your right if you’re using a laptop, or just scroll down if you’re on le phone).

As always, you’ll get the latest snaps on Facebook and Instagram. Feel free to send us a message and throw us the odd sympathy like. It means a lot and you never know, it might even help us achieve our dream of becoming famous influencers.

And finally, let us say that as the world’s greatest sports car restoration team here in the Malibu of Ireland, we welcome your feedback. We don’t take it, but we welcome it all the same.

Enjoy the rest of the week bromigos.

Ok, you can go home now.