Things are not always black and white lads… unless you’re here in the garage with a white MGB Roadster and a black one! Speaking of white, with the amount of work being done here the tan is completely gone. Sad times. Actually did I tell you that the left side of one of the roadsters was fairly rusty and so had to be cut off? Don’t worry, its all right now.

Anyways enough jokes let’s be serious for a second.

Aaaand that’ll do! So we made it to the Terenure show at the start of the month. Some day out lads, some day…. Well it would have been if the sun could make up its mind, but sure you know I’m not one for complaining. Plenty of great cars on display and plenty of lovely people came up to look at the stand we had so thanks very much, like the Chinese, ye’re a great bunch of lads. There's a photo or two on le Facebook page. 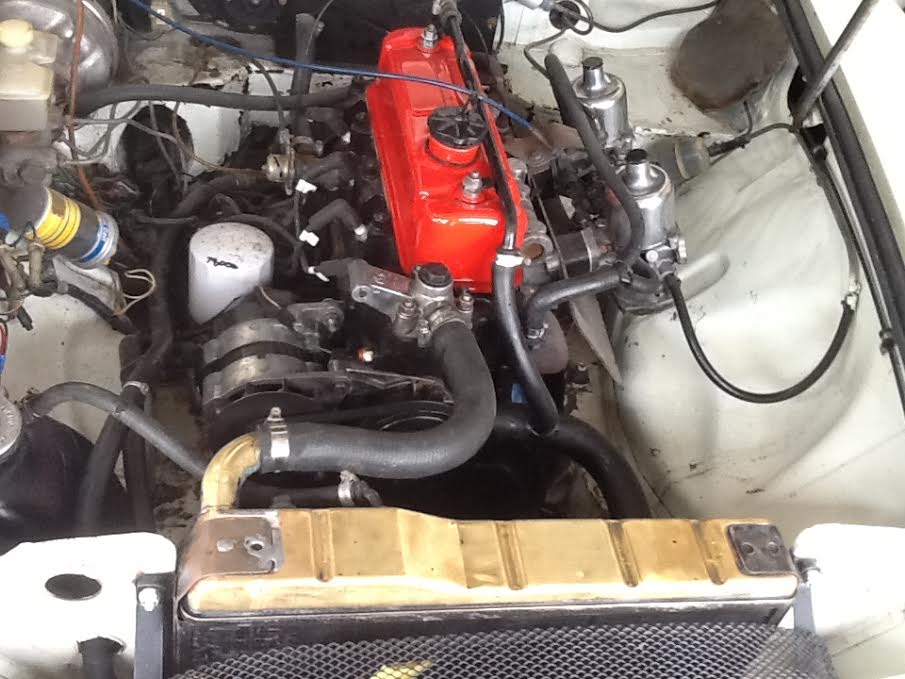 The Estate looks fierce well altogether, we’re just waiting on an order from Newton Commercial to come in and then we’ll have a car. In the meantime a few other Minis have come through the doors, one had a fuel and carburettor problem, basically the carb was being bold but that was soon sorted and the choke was on him…. Gettit? Choke? Joke? Listen if you don’t appreciate my jokes, Cronin’s shop around the corner sells grips – you’d want to get one.

I know I know, I’m an AWFUL divil for not updating the site with photos, but this week I promise. Or next. No no, ok this week! The World Cup kept me busy, was gutted for The Netherlands, but at least the final was a Klose game… unlike that Brazilian game. 7 nil – talk about Lahms to the slaughter.

I can’t be here all day dossing, there’s lunch to be eaten! I’ll throw up the photos on the site and keep an eye on the Facebook page… as is tradition.

No items in cart
Our Morse Code is a bit rusty, but you can still phone or email.  Contact Us
Desktop Version