I don't even know how to spell the 'Philippines'. I know it begins with an F, but...

Lads! How are all of the things? There’s a bit of nippiness in the air alright, safe to say that it’s so cold that you wouldn’t even find a degree out in this weather. Not one degree. There’s no degrees out. Long gone are the days of the suntan lotion… This tan?? Oh no no no, I’m actually naturally sallow…

Right, to the job at hand! I’m back to two hands now which is, in a word, handy. It was a footballing injury rather than a car crash as it seemed in the last blog post, thanks for all the Mass cards. What have we been up to? Sometimes I ask myself the same question, but then I realise it’s time for a coffee break. Would you believe it’s December? Tis the time for giving I suppose, so I said I’d give ye an update, because I’m sound and all that. Before I get stuck in, I must tell you about the trip! 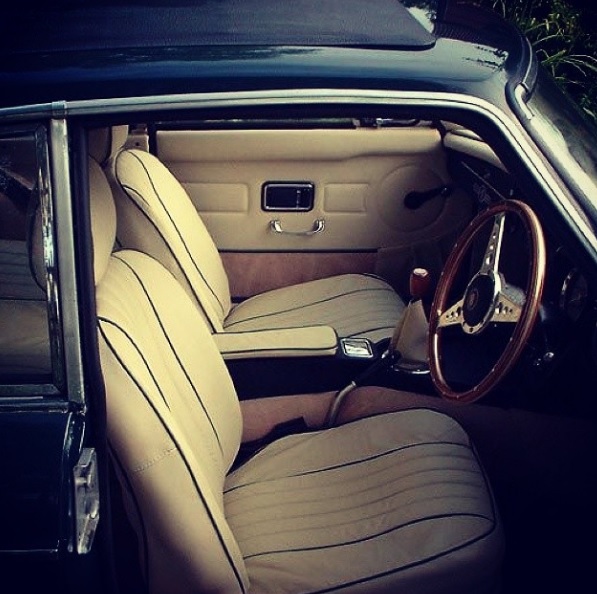 It was NCT time for one of the Mini’s and you’d think at this stage they’d have some idea about cars in there by now, but alas it was not to be!! I mean complaining that the bonnet doesn’t open from the inside and pulling on the wires under the dash is a joke. Not like my jokes, because my jokes are so cool they make snowmen look like puddles, but a joke all the same! Yera at the end of the day the car is tested but, can someone please teach them about older cars?!

I almost blacked out there trying to be serious, it not for me lads, not for me.

Anyways, back at the garage, plans are in place for a new office, complete with boardroom and drawing room. Seriously, all we’re missing now is to have a tv show… or at least a radio show! This face like.

We’ll be wrapping up the last of the cars that are here now and taking in a few more after Christmas. Don’t worry, the lads will get the hour or two off to have their Christmas dinners, I’m not that bad! WAIT!! Wrapping up… I made a joke and didn’t realise. Wrapping up. Christmas. Like wrapping presents… I’m too fast for myself now. Speaking of Christmas and wrapping, I have all the presents sorted. Lyons Garage Hoodies – simples.

Our marketing department (you’re impressed, I can tell), are working on a few more videos to come out over Christmas so keep your eyes like an orange. Peeled. Anyways, a picture is worth a 1000 words, no idea how much a 1000 words is worth though, but sure we’ll go with the flow and I’ll have some up on le Facebook, el Intstagram and a few new pages on the site for new builds. They’re more than decent. They’re right grand.

I must mush now and get back to it, I can neither confirm nor deny that there is a sleigh in the garage… Sure who’d need one of those like!